Omid Scobie reminded the public that Thomas Markle Sr. turned against his own daughter and continues to trash her in interviews.

The Duchess of Sussex is said to be controlling the Duke of Sussex, which could prompt him to return to his life in the U.K.

The Duke and Duchess of Sussex confirmed they will be at the Platinum Jubilee with their children Archie and Lilibet.

The Duchess of Sussex is said to be worried that the reunion with the royals in June will change the duke's mind about living in California.

The Duke and Duchess of Sussex will reportedly celebrate their daughter's birthday on June 4 at Frogmore Cottage.

Samantha Markle said the royal has remained mum following news of their dad's stroke and hospitalisation.

Thomas Markle Jr. said the Duchess of Sussex has not visited their father when "she's only three or four hours away."

The Duchess of Sussex reportedly wants to mend her relationship with her dad without her siblings' involvement.

It is said that the monarch will be at her great-granddaughter's first birthday on June 4 instead of at the Epsom Derby.

The brothers have reportedly been sending WhatsApp messages and doing FaceTime calls with their children. 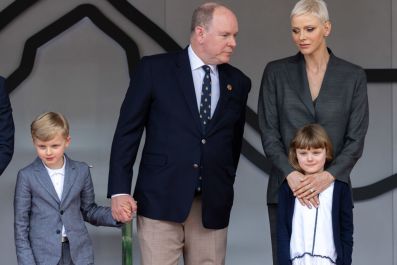