The Duke of Sussex said his book will tell of the "highs and lows, the mistakes, the lessons learned" over the years.

Ian Lloyd said the Duke and Duchess of Sussex may not become popular in the U.K. because of their position in the Firm.

The actress said she fought hard to be in the "Aquaman" sequel because Warner Bros. did not want her in the film.

British journalist Robert Hardman believes that the couple will "inevitably slowly recede from top billing on the news agenda."

Prince Charles 'will need' Prince Harry, Meghan Markle back when he is king

Author Tina Brown said the Duke and Duchess of Sussex are "assets" to the Firm because of their "potent appeal" in the U.K.

He also spoke about Prince Charles' future as king and does not think that the Prince of Wales will do a great job at it.

Prince Harry, Meghan Markle to avoid the public at Jubilee to honour the Queen

The Duke and Duchess of Sussex and their children will not appear on the Buckingham Palace balcony for the RAF flypast.

The Duke and Duchess of Sussex confirmed their attendance at the Platinum Jubilee with their children Archie and Lilibet.

The princess and her siblings Prince George and Prince Louis are said to be "extremely fond" of the Duke of Sussex.

The princess returned to public life at the Monaco E-Prix in April following her treatment at a Swiss facility.

The talk show host said he is a "huge fan" of the Duke and Duchess of Sussex and has "nothing but admiration and respect" for them. 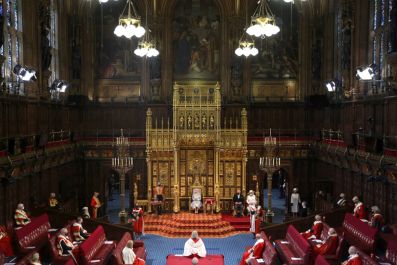