It appears the majority of Pixel 5 users have noticed what seems to be a manufacturing defect wherein there is a visible gap between the display and frame.

The distiller behind this Tesla Tequila is Nosotros Tequila, which also retails its own branded spirits priced at $40 to $45 per bottle.

Experts from the Center for Automotive Research presented a study that shows a significant drop in road mishaps if Tesla's Autopilot platform is used.

A Facebook spokesperson said the goal was "reducing the chance for confusion or abuse" and that the ban will likely last about a week.

PS5 will enter a head-to-head battle with rival Xbox, released two days earlier, with both hoping to capture the market in the run-up to Christmas.

Reports highlight the decision of Scottish football team Inverness Caledonian Thistle FC to live stream its games with the help of advanced tech.

PS5: DualSense praised for immersive features, while teardown reveals how it works

Unlike the Xbox Series X/S gamepad, which received minor tweaks the PS5 DualSense controller is a major overhaul from its predecessor.

With the Raspberry Pi 400, the developers wanted to deliver an experience similar to that of the Commodore Amiga, ZX Spectrum, and BBC Micro. 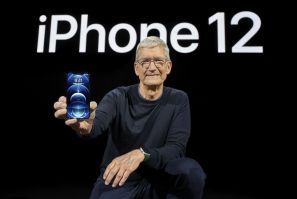