The soldiers will allow for location tracking, connectivity with other troops, and drugs that will help keep soldiers awake for long periods.

With the closure of the physical stores, many moved to adopt the Express storefront service to be able to cater to customers.

It seems that even refocusing the smart OS to cater only to smart displays and speakers still did not perform in the way Google expected it to.

Any adult can don these masks and they would look like another person, depicting the face of an unnamed Japanese adult.

Twitter cracks down on false posts about Covid vaccines

The social media platform already targets posts containing false information on how the virus spreads and the efficacy of public health measures such as mask-wearing.

Brougher's complaint came at the heels of public statements aired by two Black women who said that they faced racism as well as sexism at Pinterest.

Indonesia vies to be new rocket launch site for SpaceX

SpaceX has had prior working experience with Indonesia in 2018, when the company launched Telkom Indonesia's Merah Putih satellite into orbit, using its Falcon 9 rocket from Cape Canaveral Air Force Station in Florida.

Mark Zuckerberg tells Facebook employees that they do not need to get vaccinated before they can return to work in an in-person setting.

The machine gives visitors peace of mind knowing that a book that they take out from the library would be free of viruses.

The company earlier this week announced it would only allow "properly identified users to upload content," and also banned downloads. 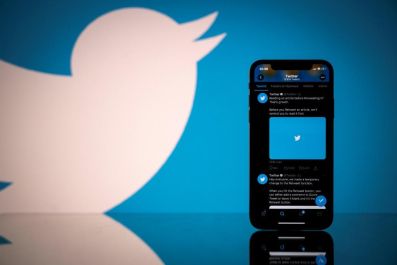