William Goler, the head of an incest clan living in an isolated part of Canada, allowed his family members to have sex with the children.

Is Elon Musk an alien? Billionaire responds to conspiracy theories

Billionaire Elon Musk, who is celebrating his 51st birthday today has been the centre of many conspiracy theories.

A university student was to leave for a night out for her 20th birthday party when she felt shooting pain in her stomach and ended up having a baby.

Rachel Holland, a resident of Kent, England, left no stone unturned to look for her son and is still fighting to get justice for her dead son

A virtual public hearing of a corruption case involving Peruvian President Pedro Castillo was interrupted by a video of Brazilian stripper.

An 83-year-old Japanese man named, Kenichi Horie, has reportedly become the oldest person in the world to complete a solo voyage across the Pacific Ocean.

A Brazilian family who had lost their beloved pet tortoise in the 1980s were reunited with it almost 30 years later.

A 47-year-old man who had gone to retrieve frisbees from a lake in John S. Taylor Park in Florida was later found dead with one of his arms ripped off.

Two senior Indian bureaucrats posted in the national capital, Delhi, have been transferred to different corners of the country.

A Japanese man's love for the border collie dog breed made him spend 2 million yen (£12,480) just so he can get a hyper-realistic dog costume. 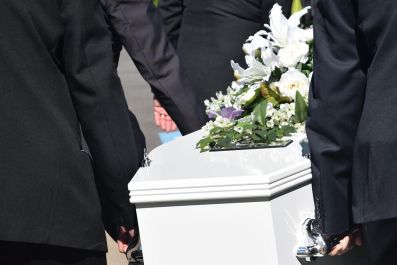 A 72-year-old man from Bang Khen district of Bangkok, held onto his wife's remains for more than two decades before he finally decided to cremate her.
Man falls in love with own mother, confesses to wife they have 'mind-blowing' sex
British YouTuber denies reports of getting arrested at Russian space center
Barrel containing human remains surfaces as water level drops in Lake Mead
British couple now earning £10,000 a month on OnlyFans after quitting regular jobs
Indian woman goes viral for offering job to 'match' from matrimonial website
Artist claims he is in a sexual relationship with the Mona Lisa
Conservationist films what it's like to be eaten by a shark
Ultra-rare live giant squid washes ashore in Japan
Latest News
Man leaves long-time partner for Ukrainian refugee just ten days after taking her in
China Eastern plane crash likely intentional: Reports
Lost dog paddling alone in a lagoon rescued by US Coast Guard officials
New York woman receives decades-old mysterious letters in the mail
Mysterious golden chariot washes ashore in Indian beach
Power cut at an Indian wedding almost causes a 'groom swap'
Editor's pick