Timeline- Turkey Caught In A Spiral Of Lira Crises

Turkey's lira has lost nearly a quarter of its value this year as soaring inflation and the central bank's reluctance to raise interest rates stoke fears of another currency crisis.

A shift by Thailand's central bank to a more hawkish footing this week stunned markets and appeared to finally end policymakers' tolerance for mounting price pressures, but a range of risks are likely to keep any tightening gradual.

A 45-year-old Chinese man has sought a divorce from his wife of 16 years.

Thailand has become the first country in Asia that has decriminalised cannabis and allowed its cultivation and possession.

In a heart-wrenching video from the Indian state of Bihar, an elderly couple could be seen begging for money.

Argentina Interest Rate Seen Up 200 Bps As Inflation Boils Over

Argentina's benchmark interest rate is likely to be hiked another 200 basis points next week, analysts polled by Reuters estimated, as the central bank seeks to counter soaring and painful inflation that could top 70% this year.

The world's biggest insurers are expanding in Africa, looking to tap growth promised by a rising population and middle class, but climate change could complicate their quest for profits.

Spain Vows To Defend Its Interests After Algeria Halts Trade, Except Gas Flow

The Spanish government will "firmly defend" its national interests in the wake of Algeria's decision to suspend a 20-year-old treaty of friendship and cooperation and ban all non-gas trade with Spain, the foreign minister said on Thursday.

U.S. Says There Is 'Extraordinary' Lack Of Transparency Over Chinese Activity In Cambodia

A decision by Cambodia to expand its biggest naval base and allow the Chinese military exclusive use of a portion of it shows an extraordinary lack of transparency, a senior U.S. 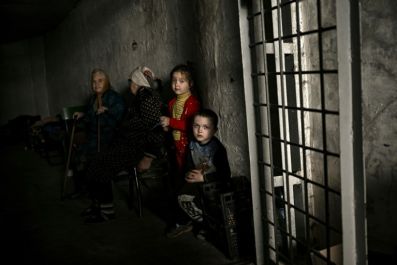 'Every Day Something Burns': Despair On Ukraine's Battered Frontline