Man gets death sentence for murdering, sexually torturing his daughter

A North Carolina man has been sentenced to death for murdering his 15-year-old daughter after torturing and sexually assaulting her for 22 hours.

A small but a significant trial of a drug in 18 rectal cancer patients gave a historical outcome.

British tourist raped in front of her husband near Goa beach: Police

A British woman on a vacation to India has accused a local masseuse of raping her in front of her partner near a famous beach in Goa.

Pakistan will reduce its official work week to five days from six in a bid to reduce energy and fuel consumption as part of an energy conservation plan approved by the country's cabinet on Tuesday, the information minister said.

The Palestinian Authority announced on Tuesday it would pay partial salaries to most of its employees after Israel transferred some revenues it collects on the Palestinians' behalf, Palestinian officials said.

The World Bank on Tuesday slashed its global growth forecast by 1.2 percentage points to 2.9% for 2022, warning that Russia's invasion of Ukraine has compounded the damage from the COVID-19 pandemic, with many countries likely to face recession.

Old problems in China-Japan relations are intertwined with new ones, and the challenges cannot be ignored if the countries wish to have a "healthy" relationship, China's top diplomat said on Tuesday.

South Korea and the United States staged a joint air power demonstration on Tuesday during a visit by U.S.

Tesla founder Elon Musk, who recently inked a deal to buy Twitter Inc., has now threatened to walk away from the deal.

The head of an animal rescue shelter, Caroline Dawn Pennington, was arrested after decomposing carcasses of at least 30 dogs and cats were found at her house. 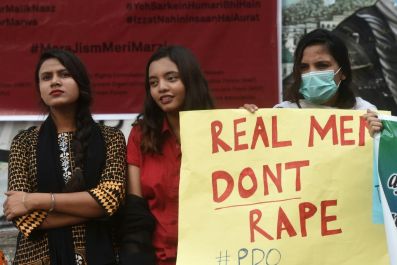