Robert Lewandowski has made it clear that he does not want to continue playing for the Bavarian side.

Antonio Rudiger confirmed an approach from Barcelona for his services, but his focus was only on securing a move to Real Madrid.

Ferrari ace Charles Leclerc is confident Ferrari can fight back in both the Drivers' and Constructors' championships if they fix reliability issues.

Serena Williams will make her competitive return in women's singles at the Wimbledon Championships later this month after a year out with injury.

Barcelona are expected to get a massive cash injection in the coming weeks which will allow them to pursue moves for Lewandowski and Bernardo Silva among others.

Ferrari have challenged FIA's new technical directive to police the amount of bouncing suffered by F1 teams during a race.

Ousmane Dembele is 10 days away from leaving Barcelona on a free transfer. Xavi is hoping the club can convince him ti sign a new deal.

Leandro Paredes opens up about his relationship with his PSG and Argentina teammate.

The Portuguese star is never far from transfer gossip 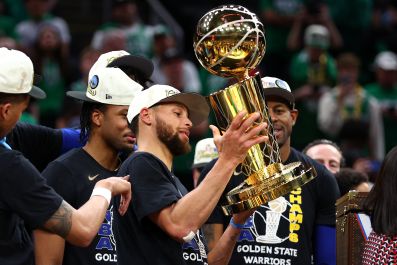