Many are speculating that Benzema, along with other Real Madrid players felt personally snubbed by Mbappe

Mercedes made an impressive comeback at the Spanish Grand Prix with George Russell finishing in third behind the two Red Bull drivers.

Kylian Mbappe rejected a move to Real Madrid to sign a new three year deal with PSG. Despite his rejection the Frenchman still harbours hope of playing in Spain.

Ferrari and Charles Leclerc suffered a double blow after his retirement at the Spanish Grand Prix. Ferrari revealed that his turbo and MGU-H were beyond repair.

Novak Djokovic's coach has put pressure on Rafael Nadal claiming there is no other favourite at Roland Garros apart from the 13-time champion.

Barcelona have made an opening offer to Bayern Munich to sign Robert Lewandowski as they step up interest in the striker.

Barcelona are still trying to convince Ousmane Dembele to sign a new deal but are yet to hear from his representative.

Leclerc retired from the lead of the race, allowing championship rival Max Verstappen to take the victory 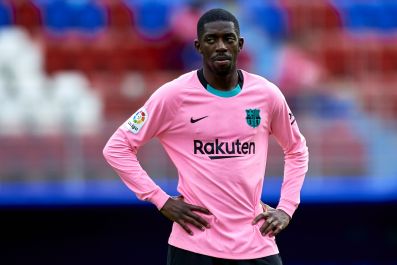