Why WeWork could be the star of 2019's IPO class

The fast-growing office-sharing company could have a brighter future as a public company than you might think.

The much-awaited rival of the Tesla Model 3 is here and gearheads are loving what they see.

Lucky man who got the job as Tesla's social media manager because of a sheep's photo.

Apple wanted to buy Tesla and fire Elon Musk in 2013

Tesla's in trouble and Apple's waiting in the wings to snap it up.

A French woman has sued Boeing for her husband's death in the March 10 Ethiopian Airlines crash that killed 157 people on board. The lawsuit seeks $276 million in damages for the crash of the 737 MAX 8 aircraft.

Tesla's stock continues to take a pounding in the absence of a clear growth plan from Elon Musk.

Leading footwear companies in the U.S have come out against President Donald Trump's China tariffs.

Following a massive loss in Q1, the automaker is focusing on eliminating unnecessary expenses.

Lockheed Martin, in a dogfight with Boeing, puts the F-35 on sale

The aerospace giant is hoping to offer its cutting-edge technology at a price similar to older models.

In its latest earnings report, the Chinese tech giant showed off top-line growth in revenue and active consumers. 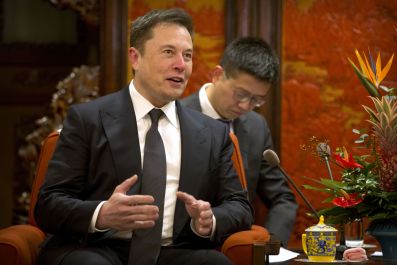