He "actually feels really down about not being able to attend this remarkable day in celebration of his grandfather."

Prince Harry, Meghan Markle expected to be at star-studded event in April

The Duke and Duchess of Sussex skipped out on Prince Philip's memorial in London on March 29.

Eyebrows raised and tongues wagged over the royal family's decision to give him a prominent role at Prince Philip's memorial.

Queen Mother would have been 'unforgiving' to Prince Harry, Meghan Markle

The Sussexes "would be opening up ancient wounds. She'd be unbending and unforgiving."

The Duke of York was "front and centre" when he walked Queen Elizabeth II to her seat inside Westminster Abbey.

"It's a shame that something that was meant to be a celebration of his father has had a shadow cast over it."

The Duke of Sussex "does nothing but sit there feeding his chickens in California."

"It shows she wholeheartedly loves and believes her son."

The princess is believed to share a close bond with Prince Harry than with his older brother.

The idea of royalty is 'nonsense' and "should be put in a box with fairies and goblins and dwarves."

"I believe that anyone, certainly any woman who deviates from what is expected of them is going to face criticism." 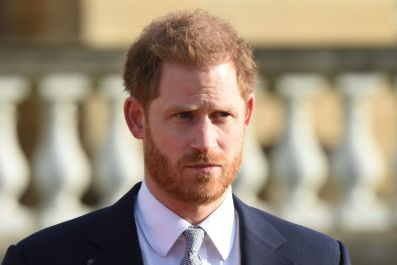