"Guardians of the Galaxy # 9" reveals Star-Lord is in a polyamorous relationship while stuck in a parallel reality.

In the book, "Promised Land," which comes out Tuesday, Obama writes that Rahul Gandhi has "a nervous, unformed quality about him.

The shuttering of bookshops ahead of the busy Christmas period is particularly hard for independent booksellers.

'Lockdown' is Collins Dictionary word of the year

Lexicographers said they picked the word because it had become synonymous with the experience of populations across the world.

The historical consultant of "The Crown," in his book, says what is happening with Prince Harry is the classic heir and the spare thing.

The former first lady of the United States said her husband poured his "whole heart" into the memoir.

Trump's older sister brands him 'cruel', 'liar' with no 'principles' in new audio

Maryanne Trump Barry's conversations were secretly recorded by her now estranged niece Mary Trump whose book, "Too Much and Never Enough was published in July.

Meghan Markle and Ivanka Trump reportedly were once friends, however, the biography based on the couple's life chooses to leave it out.

Harry and Meghan have distanced themselves from the book, "Finding Freedom" that is expected to hit the stands on Aug. 11 as they were not interviewed for it.

Mary Trump has authored a book on her uncle Donald Trump titled 'Too Much and Never Enough: How My Family Created the World's Most Dangerous Man'. 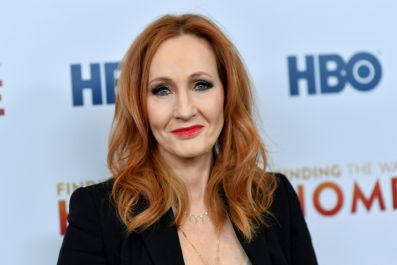 JK Rowling says she is survivor of sexual assault