The tennis superstars both feel that the evening sessions at Roland Garros are much too late for everyone involved.

Real Madrid striker determined to succeed after years of misery

The outspoken Brazilian has spoken up against his teammate's critics

Liverpool have made contact with Ousmane Dembele's agents with regards to a prospective move to Anfield this summer.

'It was a disaster': Charles Leclerc slams Ferrari's botched strategy in Monaco

Charles Leclerc was robbed of a potential home win at the Monaco Grand Prix when his Ferrari team made the wrong strategy call. 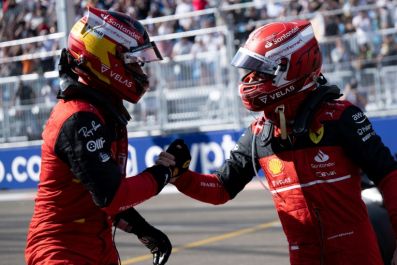