The job focuses "on physical and technical security" and coordination with the MET Police, Homeland Security, and the Home Office.

It is said that Queen Elizabeth II invited the Duke and Duchess of Sussex on the Buckingham Palace balcony for the RAF flypast.

The Duke of Sussex recently said that home for him now is in California with his wife and their children, Archie and Lilibet.

Tina Brown said the royals need the Duke and Duchess of Sussex "to bring that star power."

Meghan Markle's father says Prince Harry is "not a man"

The former Hollywood lighting director said he wants to show his "love and respect" to the Royal Family.

The Queen and Prince Charles are said to be doing all they can to convince the Sussexes to be at the celebrations in June.

The former U.S. President claimed that the Duke of Sussex is being "bossed around" by his wife.

Kate Middleton is 'no pushover' during heated rows with Prince William

The Duke of Cambridge is said to have a "notably short fuse" and would shout during heated arguments.

It is said that the Oprah interview destroyed any remaining trust that the Duke of Cambridge has for his brother.

The Duke of Sussex said he wants to make sure Her Majesty is protected and has the right people around her. 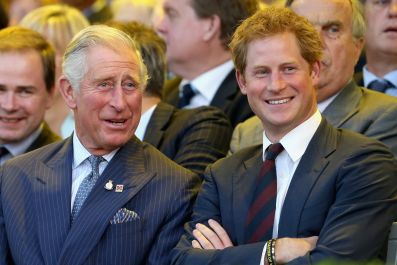