Manchester United will pursue a move for Frenkie de Jong despite making an offer to sign Christian Eriksen when he becomes a free agent this summer.

Novak Djokovic could be forced to miss the US Open owing to the United States' rule about travellers to the country being fully vaccinated.

Mercedes want the F1 governing body to intervene and issue a regulation to help with the porpoising issue faced by the team.

The defender may take legal action against those spreading slanderous reports about him.

Barcelona boss Xavi wants Sevilla defender Jules Kounde to replace Gerard Pique, who is not part of the manager's plans for next season.

Barcelona have some breathing room in their negotiations with Gavi over a new deal after a €100m release clause was activated in his current deal.

Real Madrid confirm 'changing of the guard' with Marcelo departure

Marcelo leaves as Real Madrid's most decorated player with 25 trophies in 16 years.

Marcelo is leaving Real Madrid after 16 years when his contract expires on June 30. Cristiano Ronaldo led the tributes to the veteran defender. 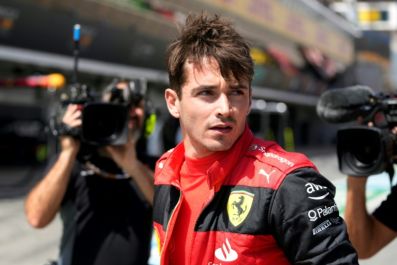