The Duke of Sussex will share personal stories, challenges, and successes as part of a discussion with BetterUp on Feb. 3.

Kate Middleton had 'private' moment with Prince Harry, Meghan Markle on her birthday

The Duke and Duchess of Sussex shared their birthday wishes with the celebrant via video call.

The Platinum Jubilee celebrations in June this year would also have a concert, named "Platinum Party at the Palace."

The incident happened when the Queen was attending a concert with Nelson Mandela in 1996.

Prince Andrew may be quizzed 'on private parts' during trial; Queen is also not off-limits

Prince Andrew faces being deposed in the court, during which he could be asked intimate questions under oath about his marriage, sex life, and body.

The Duke and Duchess of Sussex welcomed their daughter Lilibet Diana on June 4, 2021. 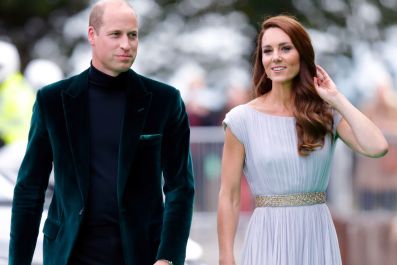