If she is allotted the position, she will become the first member of the British royal family to take over one of Harry's patronages.

The six-year-old will eventually get the title currently held by Princess Anne — the Princess Royal.

British royal family is "desperate" for Andrew to settle the case instead of making a spectacle of the British monarchy.

The Duke of York is accused of "rape in the first degree" in a New York court by Virginia Roberts Giuffre.

The Prince of Wales is keen for his eldest son to "go in and bat for Camilla" publicly should the Duke of Sussex insult the duchess in his memoir.

Andrew said he lacked "sufficient information" about the infamous picture that shows him with Giuffre and Maxwell.

Serena Williams will join the Duke of Sussex on a virtual event for BetterUp to discuss the 'power of mental fitness."

It also came just a day after Charlene marked her 44th birthday alone as she recuperates from the illness.

The wax model of the 95-year-old at a German museum is shown in her signature buttoned-down dress in pink.

The Duchess of Sussex "may feel more of the weight of the world" and "feel her energy is more weakened than normal." 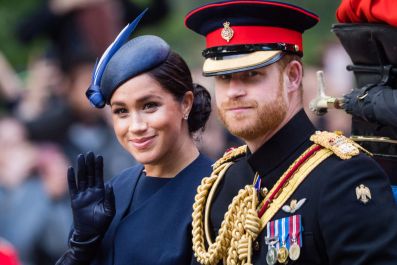