Based on previous reports, the option to track lost items via the AirTags will be integrated with the Find My app.

In an attempt to address the aforementioned issues, Apple released iOS 14.0.1, but some issues still persist.

Since capacitive touchscreens have difficulty registering inputs when the user has thick gloves on, Samsung included physical navigation buttons.

Here are the products Apple will probably announce this week; iPhone 12 unlikely

Prosser indicated that Apple's software engineers are still busy with iOS 14.1 which is estimated to be ready on Oct. 9.

Certain handset models from OnePlus, Oppo, Realme, and Xioami are among those that can be updated to Android 11 now

Some pointed out that this could be a marketing gimmick Apple thought of after its App Store guidelines have been called into question.

For its IFA 2020 booth, the company is introducing two new tablets, a smartwatch supposedly designed for seniors, and a pair of true-wireless earbuds.

This is the South Korean electronics group's second-generation attempt to market a smartphone/tablet hybrid device.

Kids Space will eventually become available for other Android devices, but Google did not specify an estimated timeframe as to when it will begin distribution.

According to a post on Microsoft's official blog, the Surface Duo is slated to ship on Sept. 10, and will retail for $1,399. 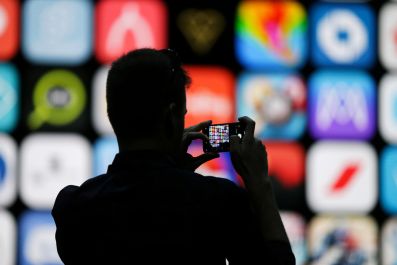 Apple Design Awards 2020: Winners are a great mix of games and apps